You’ve Got It Easy 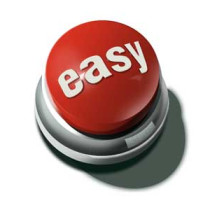 I must admit that I was a little jealous of his job.

Reference: So when Peter went up to Jerusalem, the circumcised believers criticized him (Acts 11:2 NIV)

Explore: I used to work as a primary school chaplain in one of our local, state schools. There were many joys that came with this task, but I was always aware that I was the face of God to many of the staff and families who had no other Christian connection in their lives.

One day I met with a chaplain of a Christian school to discuss the job and support each other. He told me about the religion classes he was running and the church services he coordinated for the students.

I must admit that I was a little jealous of his job. It seemed so easy for him to talk about God and faith in his religious environment. However, when I expressed this benefit of his school he quickly corrected me.

“If we have a responsive prayer in a chapel service, I am accused of being too traditional. On the other hand, if we play drums at assembly I am told we’re too contemporary. I can’t win either way.”

Application: Faith is a very important and personal belief for most people. If a Christian sees another Christian doing something against their beliefs, they are quick to correct them so it doesn’t reflect badly on their own faith.

I think at times we can get too precious and judgmental of other people’s expression of faith and not consider that God is bigger than us all.

Too often it is Christians bringing down other Christians rather than supporting and learning from each other. Yes, we are all different and we may not all agree with each other, but there is a greater need for respect for our fellow brothers and sisters rather than more judgement.

Peter was convicted by God himself to connect with Cornelius, and yet, the first objections he received were from his very own kind. Let’s not hold so firmly to our religion that it gets in the way of showing the true and loving character of Christ.

Prayer: Lord, it’s so easy to see the flaws in someone else’s expression of faith when we have worked so hard on our own. Help us to see You in every believer and learn to lead with love and not criticism. Amen.

Who do you judge the harshest?