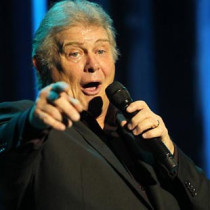 You’re the voice, try and understand it, Make a noise and make it clear

Reference: v.14 One of the servants told Abigail, Nabal’s wife, “David sent messengers from the wilderness to give our master his greetings, but he hurled insults at them. (TNIV Bible)

Explore: One of our singing legends in Australia is John Farnham. (He is not dead yet, however, he has proclaimed his retirement a number of times.)

Over his 45 years of singing fame, he has belted out many great rock songs. Some of his lyrics are better known than our own national anthem!

“You’re the Voice” is one of his best known songs and has been rocked out from mid 1980s.  As I read through this passage in 1 Samuel I was actually reminded of its chorus:

While this may just be a pop song from a great Aussie singer, the words are inspiring and quite challenging.

Application: God has given each of us a voice to speak. It is our choice as to whether we use our voice for good or evil.

In this passage, Abigail had a servant who used his voice to speak out about her husband’s actions. This seems quite simple. and yet, it could have cost him his job and possibly even his life as he was speaking ill of his master.

But everyone has a voice and can choose to use it or not. There are times when people use their voice to treat people unfairly.

We all have a voice. How we choose to use it will determine whether we sit in silence or make a noise and make it clear.

Prayer: Lord, thank You for giving us a voice. May we use it with integrity and with grace to bring love and justice. Amen.

What ‘noise’ is God asking you to make?

for one of Australia’s round the world famous singers who loves his music so much one can’t blame him for coming out of retirement when you love what you do and do it as well as John Farnham does. I still so clearly remember when he sang Sady the cleaning lady christmas album ohh the list just goes on and on thanks for coming back all the time is all I can say and thank you to you Linda Bailey for this story to read be safe ow regards Debbie