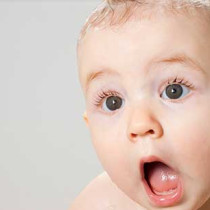 What shocked the whole group, however, was when my name was called out

Reference: When Peter saw this, he said to them: “Fellow Israelites, why does this surprise you? Why do you stare at us as if by our own power or godliness we had made this man walk? (Acts 3:12 NIV)

Explore: At the start of the year the department I work for had a team building day. We all headed out in company cars and had a whole day out of the office exploring different parts of the city in which we work.

We were educated in how our emergency services respond to disasters, we were inspired by how teams of Salvation Army workers care for those who live on our streets, and we developed relationships as we shared lunch around a table.

In the afternoon the real fun began. We were taken to a go cart track and challenged to compete against each other.

With six boys and three girls we hit the track for our timing laps. The person with the fastest lap time would get to start in poll position for the race, the second fastest would go second, and so on until every competitor had their placing.

The ten timing laps were fast for some and furious for others! The laps seemed to fly and in no time at all we were brought to a halt and the official called us forward in order from fastest to slowest.

It was no surprise to me when my mate Kel was called out first. I had seen how well he took the sharper corners and he kept his speed strong the whole way around the course.

What shocked the whole group, however, was when my name was called out second. As I moved my go cart past all my other colleagues I could see the surprise on their faces.

I couldn’t help but smile at their shock. Little did they know that I used to love go carting as a child. I learned how to use my father’s ride on lawn mower before I was ten and, for most of my teenage birthdays, I would ask to head to the nearest go carting track.

My colleagues had not known this about me, and so, coming in with the second fastest lap had totally taken them by surprise.

Application: I like being able to surprise people in a good way, but it actually goes to show the limitations that other people place on us. My colleagues had no idea at my history, so most of them did not see me as a threat on the go carting track.

The same thing happened when Peter and John healed a lame man after Jesus had risen from the dead. All the people who witnessed it were shocked that something so miraculous could happen. And yet, they were not understanding the past to see that this was a regular occurrence for Jesus.

If we don’t look at the past history of Christ then we limit His power to our own understanding. That is why the Bible is such an important tool for our faith, it reveals to us all the incredible things that God has done and reminds us that He still holds the same power today.

Let us not limit God to our abilities, but know that through God we can do remarkable things.

Prayer: Lord, You have shown Your power from the very beginning of time. Thank You for caring for us so much that we can be blessed to be witnesses and conduits of Your great deeds. Amen.

How can you release God’s power in your life?