You Win Some, You Lose Some 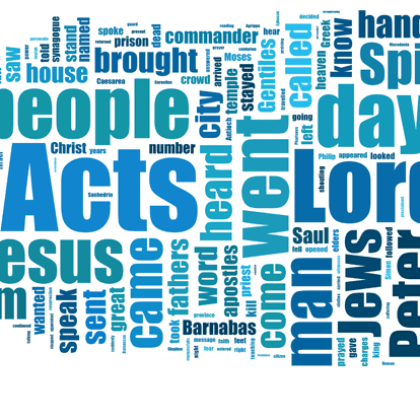 Reference: But some of them became obstinate; they refused to believe and publicly maligned the Way. So Paul left them. He took the disciples with him and had discussions daily in the lecture hall of Tyrannus. (Acts 19:9 NIV)

Explore: A few years ago I started to plant a church in a growing suburb of Melbourne. To begin with there was my husband and I and one other family.

These were very small beginnings but, as we got to know people in the area, we slowly started to gather a group of believers who were keen to see this new faith community grow.

At one stage I met a great couple who were attending a church an hour away from their home. We got along really well and when they opened up to me of their struggles with their current worship arrangement I thought we might be able to benefit from each other.

While I was not wanting to take people out of their current faith communities, my desire was to see all people move towards a closer relationship with God. If there was a Christian who was wavering in their commitment then I was passionate to help them in anyway I could.

When I spoke to them of our faith community they showed a little interest and I was excited that God would bring such great people into our community. However, I could see that they were not willing to break from their current routine, and so, they broke off all communication with us.

I was saddened by this experience for a number of reasons. I was disappointed for this couple who had such great potential to pour their efforts into a local church that they could attend regularly. And I was disappointed that our faith community, that was in great need of firm believers, had missed out on some more people to help serve.

As our church planting days continued I met more people like this couple – believers who were not committed to their current faith community, but who were not willing to find another one to serve in. A few of them joined our church and showed amazing dedication in serving this fledgling community. But most decided not to change and continue flailing in their expression of their faith.

While this was incredibly disappointing in the early days I learned that you win some, you lose some. Although I might have thought that our church could have helped them grow in their faith, ultimately it was the person’s choice.

Application: Anyone who has tried to gather a team knows that there are joys and disappointments along the way. There are times when people exceed your expectations. There are other times when people cannot see their own potential and opt for the easier road of doing nothing.

It saddened me to see the latter and often I felt like giving up. But I received great encouragement from reading about Paul’s missionary journey.

Paul spoke to hundreds of people with prophetic words, miraculous deeds and persuasive arguments. And yet, people still did not turn their hearts towards Christ.

But Paul did not give up. He moved on and continued to spread the great news of the Messiah.

In hearing his story, we are encouraged to do the same. Not everyone we witness to will become a faithful follower of God, but we never know when our words will help people to connect with the Holy Spirit who will give them a greater destiny than they can ever imagine.

Prayer: Lord, give us the perseverance to continue on spreading Your word. There are times when we need to move on, but help us to never give up. Amen.

Where, within your faith journey, do you need some perseverance?