You Are The Instrument 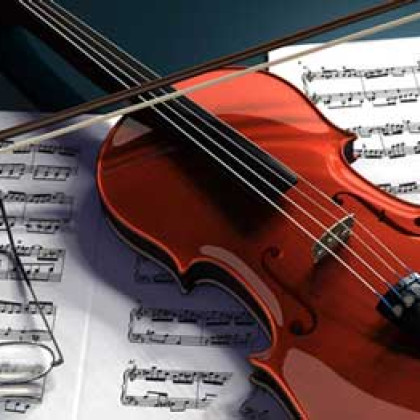 Reference: But the Lord said to Ananias, “Go! This man is my chosen instrument to proclaim my name to the Gentiles and their kings and to the people of Israel. (Acts 9:15 NIV)

Explore: One of the schools I attended for my secondary education had a big focus on music. From choirs to orchestras to individual lessons, this school had it all.

One day, Mr Smith, our violin teacher, stood up in front of the whole school at an assembly. With him he held two violins.

The first violin he picked up was a beginners instrument. He explained that the strings were softer and, while the instrument was still beautiful, it was basic and the cheapest in the range. He demonstrated to us that while it was just a beginners violin it could still play a pretty tune.

Mr Smith then picked up the second violin. He spoke with fondness for this instrument explaining that it had cost him dearly as it was from overseas and had been crafted from a specific piece of wood in such a way as to get the most beautiful sound from the instrument.

When he put the instrument up to his chin he gave a cheeky grin before making the most ear piercing screech with the bow down the strings. You can guarantee that everyone would have much preferred that he had continued to play music from the first violin rather than inflict on us the horrendous noise made by the second.

It was such a great example to us all that it is not how much we are worth that makes our music pleasant. Even the most expensive instrument can make a terrible sound, it all depends on what we do with what we have in our hands.

Application: We are all considered to be instruments for the Lord. We all have the ability to make some kind of sound in our lives.

Some people choose to make beautiful music from their lives while others may look impressive, but their selfish attitude does not give off a pleasant sound.

In the book of Acts we hear of a man named Saul. He was an incredible instrument of commitment, initiative and passion.

However, he was not making a pleasant sound with his life. He was using his position to harm and destroy. But Jesus turned His life around in such a way that Saul was able to make a beautiful tune that it is still resounding 2000 years later.

It was hard for Jesus’ followers to believe that someone who had been making such a horrendous noise could bring pleasant music to their ears, however, Jesus told them that Saul was His chosen instrument. Anyone who has been chosen by God can make a beautiful sound in this world. It does not matter about our upbringing, our outward appearance, or even how much we are worth. When we are obedient to Christ our life will make the most lovely tune.

Prayer: Lord, help me to perfect my song. May it always be pleasing to You and may I be willing to share it with those who need to hear the music of Your heart. Amen.

What music is coming from your life at the moment?

what a beautiful devotional. My prayer is also that God can use me as his instrument to make beautiful music in his kingdom. Amen.