The Worst Magician Ever 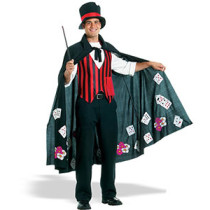 The magician on hand was entertaining the children with tricks using coins, cards and coloured scarves

Reference: They followed him because he had amazed them for a long time with his sorcery. (Acts 8:11 NIV)

Explore: I was recently at our local town’s festival and saw part of a magic show. The magician on hand was entertaining the children with tricks using coins, cards and coloured scarves.

The children were watching in awe as the entertainer used slight of hand and specially formed paper to wow the audience. The kids were hanging off every word and movement.

If you looked at the parents, however, you would have got a very different story.  The magician was fairly average, his tricks were obvious, and the adults in the crowd lost interest pretty quickly.

Compared to the great performers we had seen in our time and the effects we see often on TV, this entertainer had a lot of ground to make up. Because of our experience and awareness, the adults were less impressed by this magician.

Application: We can easily be impressed by things that people do, however, if we have more wisdom and knowledge in an area we are quick to see the holes in their presentation. Simon the Sorcerer is mentioned in the Bible as someone who was followed by many, but he himself ended up following the disciples of Christ.

People who had not experienced the great power of God were easily impressed with the sorcerer’s tricks – just like the children watching the magician. However, Simon knew what real power was and when he witnessed God’s power he turned the tables and became the follower.

There are many impressive people in our world. We must view each person as an incredible creation of God, but we must be wary not to place someone on too great a pedestal.

God’s power is the greatest, there is none like Him. Let us not fall into the trap of worshipping other people, but keep our focus on the Creator of all.

Prayer: Lord, give us the wisdom and discernment to follow You and not bind ourselves to other people. Amen.

How have you experienced God’s great and mighty power?