Who’s The Strongest Of Them All 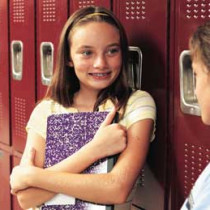 In the end, most of the children chose not to argue with him.

Reference: v.13 Although the peoples roar like the roar of surging waters,
when he rebukes them they flee far away,
driven before the wind like chaff on the hills,
like tumbleweed before a gale. (TNIV Bible)

Explore: When working as a Chaplain at a local primary school I saw many different children. One who stands out in my memory is Andrew.

He was bigger than most of the other kids in his class and he was not afraid to throw his weight around. If there were ever a disagreement, Andrew would always get his way.

In the end, most of the children chose not to argue with him.

Andrew’s demeanor changed, however, whenever the principal was in the vicinity. She was friendly but very firm. Whenever Andrew saw her coming he would instantly change his behavior. If his bad behaviour was ever brought to her attention he would become as meek as a mouse under her disappointment.

It was like no one could be as scary as the principal. There was nothing that could overpower her and no one who could challenge her.

That was until her mother passed away. While the students were not privy to this change I have never seen someone so distraught. You could have pushed her over with a feather as there was absolutely no fight left in her.

Application: It’s interesting that while someone may seem strong to one person they are perceived as being vulnerable by another.

All the staff and students thought the principal to be indestructible, whereas her mother saw her as a child needing love.

We all perceive people differently, but there is always someone bigger, stronger and more powerful than us. We worship a God who surpasses the biggest, strongest and most powerful person in the world.

Even though these people may sound fierce, our God is so much greater that he could blow them away like they’re tumbleweed.

When we get into a situation where we feel meek and over powered let’s not forget that we serve the mightiest of them all.

Prayer: Lord, those before us often over shadow your greatness in our eyes. May we be reminded of your power and might. Amen.

In which situation do you need God’s power and might to overcome difficulties?

Whose The Strongest Of Them All – Daily Devotional | Daily Devotions | Jesus said, "Let the little children come to me, and do not hinder them, for the kingdom of heaven belongs to such as these."June 25, 2012 at 6:13 AMReply

[…] Article FROM https://daily-devotional.org/daily-devotions/whose-the-strongest-of-them-all/ Sponsor- Bible Island at BibleIslands.com is your home for Kids Bible Stories told through the […]

[…] FROM End Times Prophecy source https://daily-devotional.org/daily-devotions/whose-the-strongest-of-them-all/ #family movie -THE LAMP- one family's loss shows them how to turn to Faith instead of magic […]

God the creater of heaven and earth is the strongest, as we all sinners His there for us not to judge us but to love us as we are.