Walking Through the Storm 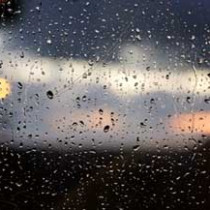 While this was all new ground of my husband and I, it seemed that we were not to have an easy introduction.

Reference: v.48 He saw the disciples straining at the oars, because the wind was against them. Shortly before dawn he went out to them, walking on the lake. He was about to pass by them, (TNIV Bible)

Explore: The very first foster care placement we had could be summed up in one word… crazy!

Even though we had not been officially approved to be foster carers, there was a need to place three children over a long weekend and so we were asked. I distinctly remember the social worker dropping off the children. They were aged nine, twelve and fifteen and had been removed from their home straight from school once some abusive behaviour had been disclosed.

While this was all new ground of my husband and I, it seemed that we were not to have an easy introduction.

The social worker who dropped the children off was in a state of crisis when she turned up on our door step. It had been revealed that the violent father may have seen the children leave and the social worker was worried that he had followed them. She seemed more worried about getting back to the office than keeping calm in front of the children who were experiencing an extreme trauma of their own.

As first time carers I would have thought that the social worker would have been very patient and stepped us through the process. This was not to be the case.

Instead, the tables were turned, and I ended up being the carer for the social worker as well as the children. I calmed her down, helped her to see logic and told her to call someone from the car when she turned up, back at the office.

Once I had dealt with the social worker I then had to turn around and deal with these three children, who had experienced trauma and were now standing in a complete stranger’s house. I would have to say that the social worker was not really showing her professional colours at that time, but it just showed me how human we become in stressful situations.

Application: When Jesus walked on this earth He had to deal with many situations. In the process, He was training his disciples to be just like Him. It seems He had a long way to go!

This famous passage of Jesus walking on the water shows just how far above everyone else Jesus really was. Not only had He dealt with a large crowd of people on His own, sending His disciples off to get some rest, but He also endured the storm on His own, crossing the lake without a boat.

I always knew that Jesus walked on water but I had forgotten that there was a storm going on around Him as well. Even with all this against Him, He was still the one to calm the disciples who were in the boat petrified.

Really there is no one that compares to Christ, but there are times when we are required to raise the bar to be like Him. We may find ourselves in situations where we feel we should be the ones being cared for, but we need to put ourselves aside to be Christ to those around us.

The great thing is, we don’t have to do it on our own, we always have Christ to lead the way.

Prayer: Lord, give us the wisdom to help and guide those to Your way, and may we put ourselves aside to help others grow and change. Amen.

When have you had to be the one to step up and take charge?