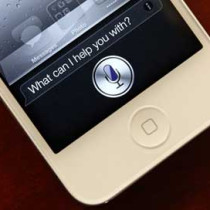 I just press a button, speak clearly into my phone, and it converts my words to text.

Explore: As I am not always by my computer, I will often write one of my blogs on my phone when I’m out and about. Having just received a new phone, I now have a special feature that makes scribing even easier.

In one of the apps I can use on my phone, it has the option of using a dictaphone. I just press a button, speak clearly into my phone, and it converts my words to text.

This brings a different dimension to my blog writing and can often speed up the process. The challenge, however, comes when the phone does not always recognize what I’m saying. It will print words that sound similar and yet do not fit into the context of what I’m talking about.

When I read back through the script I often laugh at the finished sentence and then spend 20 minutes trying to phonetically determine what the sentence was supposed to say.

The most common mistake this process makes is when I say the word “Amen” at the end of my prayer. Instead of the voice-to-text typing A.M.E.N it will type the two words “I’m in”.

The first time I saw this, I giggled. I then said the words “I’m in” out loud and I realized how similar they do sound. But upon further thought of this ‘mistake’, I believe that it’s actually quite profound.

To say ‘amen’ at the end of a prayer means that you are agreeing with the words that have been said; ‘So let it be’ was always my understanding of the word amen. However, I think the definition of ‘I’m in’ could also work.

People will say ‘I’m in’ when they hear a plan that they are willing to commit to. I guess every time I write a prayer it has a challenge and a purpose for us to improve our lives to be more like Christ. As you read the prayer it is up to you as to whether you are able to say ‘amen’ at the end or not. If you agree to what is said then a loud ‘amen’ is a good way to commit to the prayer. The idea of saying ‘I’m in’ brings a level of action that I’ve never thought of. It doesn’t just mean that I agree, but that I’m going to be a part of putting it into practice as well.

Application: Words are very important. We write and type thousands of words every day without putting too much thought into them. However, our prayers need to be thoughtful and deliberate. God takes our words seriously so we should take our prayers seriously.

When Jesus spoke his words of healing in Mark 7, He didn’t just throw words out flippantly. He was deliberate and focused and the results were outstanding.

Whether we are talking to God or other people, we need to become more conscious of our words. Are they the type of words that would prompt God to say ‘I’m in’?

Prayer: Lord, my words can flow so freely at times that I don’t stop to think of what I’m saying and the impact I’m having on others. Give me Your wisdom to know what to say and may the words of my mouth be ever pleasing to You. I’m in!

Would God say ‘amen’ or ‘I’m in’ to all of the words that you speak?