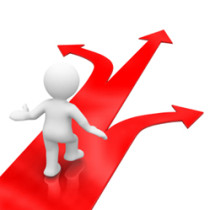 Linda is currently on maternity leave. Here is one of her most popular posts from the gospel of John.

“God hasn’t called me away yet.”

Reference: “You go to the festival. I am not going up to this festival, because my time has not yet fully come.”” ‭‭John‬ ‭7:8‬ ‭NIV‬‬

Explore: I have a very diligent friend who worked incredibly hard at his job. There were many good parts of his job but there were also some major issues that he hit every single week with the leadership of the organisation.

Every couple of months I would catch up with my friend and was blunt enough to ask him why he was still working for that organisation. His answer was always the same, “God hasn’t called me away yet.”

Unfortunately his job ended abruptly and caused great pain. It seems that people took decisions into their own hands and perceived a different timing to my friend.

It was a firm reminder that often we make decisions based on our own desires, not necessarily on a God-inspired plan.

Application: When Jesus was travelling around ministering to people his disciples became impatient with His timing. They wanted Him to reveal Himself at a festival rather than holding back who He was.

But Jesus saw the bigger picture and held back, even though He was under pressure to do differently.

We need to be careful not to use the “God card” just to justify our own desires. That’s when someone says that they have discerned this is what God is telling them when often wise, Godly people who can see the broader perspective sees things differently.

Decisions are hard and major ones should not be taken lightly. Seek God, seek Godly advice and read the scriptures to get God-inspired wisdom.

What are you seeking God for at the moment?