I Think I’ve Found It 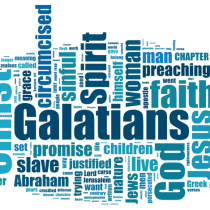 Reference: All they asked was that we should continue to remember the poor, the very thing I had been eager to do all along. (Galatians 2:10 NIV)

Explore: I was recently chatting to a friend of mine who was struggling to find a church. It wasn’t that he was making excuses, he just hadn’t found one that connected with his expression of faith.

While I’m usually fairly skeptical of such excuses, I respected my friend greatly and so pushed him for a greater explanation.

He told me that he had been attending a church for a couple of months. It was just down the road from his house and he knew another couple who attended. But even though all these things were appealing to him, there was something missing.

He realised that all the sermons were geared towards the congregation members deepening their relationship with God. I waited patiently for my friend to continue as this didn’t seem like such a bad message to be giving a Christian.

What my friend found lacking in this constant message was that there was little encouragement to help those outside the church. Sure, it’s good to build on your personal relationship with God but acting out our faith towards others is the next step that is often forgotten.

Application: When the Apostle Paul was dealing with other believers he noticed some differences in their practices. However one thing remained the same… “remember the poor”.

And yet as mainstream Christians I think we can too easily get caught up in our own beliefs that we forget to look beyond ourselves to those in need.

May we have this in common with the early Christians, to remember the poor. And may that be the constant message we hear from our churches.

Prayer: Lord, forgive us when we get so wrapped up in ourselves. May we look to You and to others. Amen.

How can you “remember the poor” today?