The Power of the Smaller Things 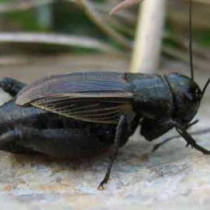 No wonder the cricket did not notice me, it had a greater enemy already at its door.

Reference:  v.20 “Egypt is a beautiful heifer, but a gadfly is coming against her from the north.” (NIV Bible)

Explore:  The other day, when I was walking outside to my mailbox, I noticed a cricket lying on the footpath in front of me.  As I walked closer to this insect I wondered why it was not afraid of me and why it did not instantly hop away.  To a cricket, a human’s footsteps must be like a mini earthquake; to a cricket, a human’s structure must be like a skyscraper towering over them.  When I was only half a metre away from the cricket I peered down and finally realised why this insect was not jumping away… it was covered in ants.  These tiny little creatures had attacked the cricket and, even though it was hundreds of times larger than one ant, it had been defeated by the larger pack.  No wonder the cricket did not notice me, it had a greater enemy already at its door.  If you compared me to an ant you would think that I was much more scary.  However, while I would have probably stepped over the cricket these ants had brought it to an awful death.

Application:  Often, it’s not the large things we need to worry about in our lives but all the small things that can overwhelm us.  An argument will often arise amongst friends because of lots of little irritating things rather than one big mistake.  Stress will often overwhelm someone because of the many small tasks put on their desk rather than one big assignment that is to be completed.  Debilitating debt will often come because of many small purchases rather than one huge item that is bought.  The nation of Egypt was going to be defeated because of a vast army of many soldiers, not just one mighty king.  With that in mind, it’s worth looking at the details of our lives so they don’t over take us in the future.  Instead of sweeping small issues under the carpet it’s important to address them before they become one huge barrier.  It may seem small now, however the more we allow things to build up the greater the enemy they will become.  Just ask the cricket!

Prayer:  Lord, You know that the build up of small things in our lives can often be more detrimental than one large thing.  The large thing is obvious and has to be dealt with, however the smaller items can be pushed to the side.  Help us to notice the small issues and deal with them straight away so we have nothing getting in our way of living God-honouring lives.  Amen.

What are the smaller sized issues in your life?  How could they build up if you didn’t deal with them?  What is the best way to address the smaller things now?