The Power of the Pack 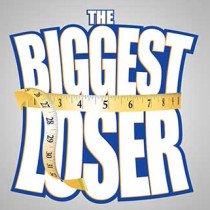 On their own, they would have struggled to reach their goal, but as an online group hundreds have had success.

Reference: The next morning some Jews formed a conspiracy and bound themselves with an oath not to eat or drink until they had killed Paul. (Acts 23:12 NIV)

Explore: The Biggest Loser has been a well watched show across our screens. A wide range of people tune in to see the challenges, the successes and the transformations. Many also gain inspiration for themselves to achieve a difficult goal.

While there are thousands of obese people in our nation, only a few are chosen for the show. And so, the creators of the show established an online club where common viewers could sign up to share their weight loss journey and receive extra information and support.

While ‘The Biggest Loser’ probably started out as an entertaining idea for a reality TV show, it has now assisted thousands of people to lose weight due to connecting them in with a larger support base. On their own, they would have struggled to reach their goal, but as an online group, hundreds have had success.

Application: The encouragement of a group can have a huge impact on someone. We are all part of groups that help to hold us accountable in specific areas of our lives.

Colleagues, family members, sport supporters and friends all make up groups of people who surround us, but there are others we can join as well. Groups can assist us to be better people, but they can also lead us down a negative path if we’re not careful. We hear of gangs and cults that provide a tight knit family, but do not assist people to be better; often leading to manipulation and destruction.

Paul had a group rise up against him that unified themselves on his destruction. They were so passionate about protecting their faith that they ended up making a pact to break one of their laws in order to maintain it! It doesn’t make sense and yet the power of the group led up to 40 people astray.

Groups are great for accountability, but we mustn’t check our brains out at the door just to go with the flow. We still need to keep our morals, values and faith strong whilst helping and supporting others.

Prayer: Lord, You created us to exist within communities. Help us to be willing to be supported by others whilst keeping an understanding of who You have created us to be. Amen.

What groups are you a part of?