The Power Is In Your Hands 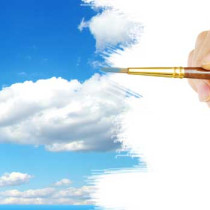 I possess a device, in my pocket, that is capable of accessing the entirety of information known to man.

Reference: v.23 “ ‘If you can’?” said Jesus. “Everything is possible for one who believes.” (TNIV Bible)

Explore: The other day I saw a question posed on an internet site.

“If someone from the 1950s suddenly appeared today, what would be the most difficult thing to explain to them about life today?”

Before reading any responses I stopped to think about this question. The microwave certainly revolutionised homes and it is hard to explain how you place food into a box and one minute later it’s hot enough to burn your mouth.

Clearly the internet, our modern cars, and sunscreen would be baffling to anyone from the 1950s. However, there was a response left on this site that was clever and confronting.

What is something about today that would be difficult to explain to someone from the 1950s?

“I possess a device, in my pocket, that is capable of accessing the entirety of information known to man.
I use it to look at pictures of cats and get in arguments with strangers.”

Hahaha, a very witty response, but also confronting because it’s so true. We hold a wealth of knowledge in our hands every time we pick up our phone or open our computer, and yet, what do we do with it?

Application: I think this is also true when we believe in Christ. We connect ourselves into the Creator of the Universe. He has created seasons, divided the sea, healed the blind, walked on water, and risen from the dead. There is no power greater than He.

And what do we do with this power? We worry about what tomorrow is going to be like, we quarrel over what types of worship songs we should sing, and we separate ourselves from a world that just seems too dark and bad.

We have the greatest power this world has ever experienced and He’s not just in our pockets, He’s in our hearts. What are you going to do with this great and mighty power?

Prayer: Lord, forgive us when we reduce You to our size. Amen.

What are you going to do with this great and mighty power?