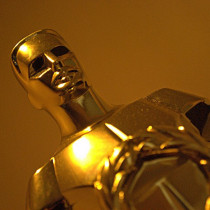 So often we don’t know the people they speak of

Reference: “When Moses’ hands grew tired, they took a stone and put it under him and he sat on it. Aaron and Hur held his hands up—one on one side, one on the other—so that his hands remained steady till sunset.” Exodus‬ ‭17:12‬ ‭NIV‬‬

Explore: It’s always interesting hearing an Oscars acceptance speech. The person holding the award is a well known actor, but often they stand there and recite a beautiful speech about people we’ve never heard of before.

Maybe it’s the actor’s family, the crew behind the scenes or someone from the actor’s past who has helped them be the success they are today. The speech is filled with emotion but so often we don’t know the people they speak of.

It goes to show there are many more people who significantly influence a movie than just the famous actors who stand in front of the camera.

Application: We don’t have to be famous to have people help and support us. We may not be fortunate enough to acknowledge the support we get on public television, but it is nice to show our appreciation to those who significantly impact our lives.

In Exodus 17 we read of Joshua leading the Israelites into battle. As the army fought, Moses kept his arms raised.

When they were raised, they were winning. When his arms dropped, their enemies started winning.

To ensure the Israelites success, Aaron and Hur held Moses hands up for him.

I love the portrayal of team work this image conjures up. Joshua wasn’t alone on the battlefield and Moses wasn’t alone holding his responsibilities.

It’s good to acknowledge those who help us along the way. It doesn’t have to be massive like an Oscars speech or written in scripture, but just a way of showing appreciation to those who have played their different roles.

Prayer: Lord, You call each of us to participate in Your mission. May we be willing to step up to the tasks in front of us and play our part in the team You have gathered. Amen.

Who has helped you through recently? Take some time to thank them.