The Lowest Point of My Life 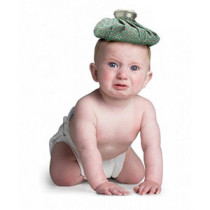 As I sat there with my head bleeding, I had this overwhelming feeling of being the most pathetic being on the earth.

Reference: v.18 “Do not let Hezekiah mislead you when he says, ‘The Lord will deliver us.’ Have the gods of any nations ever delivered their lands from the hand of the king of Assyria?” (NIV Bible)

Explore: As I held an ice-pack to the cut in my eyebrow tears started to stream down my face. Not because of the pain the split eyebrow was causing, but because of the feeling of complete helplessness.

It had been a hard couple of months and the split eyebrow was the straw that broke the camel’s back.

My father had been diagnosed with a terminal illness, I was struggling with a new job, we’d discovered that it was unlikely that we would be able to conceive naturally, and then I split my head open trying to take apart a plastic table.

As I sat there with my head bleeding, I had this overwhelming feeling of being the most pathetic being on the earth. Was there anything that I could do right?

Application: In Isaiah 36 we read of Hezekiah being in a similar position. An opposing army had come to their door to ask them to surrender… and let’s just say that Hezekiah was not really in a position to bargain with them.

The opposing army had come through and taken over all the fortified cities of Judah already. Now Hezekiah’s city was in their sights.

Hezekiah told his people to trust in God, but it was not looking good for the city. Why would their God save them from this army when all the other gods had not saved their cities.

That’s where our God differs greatly from any other god. He loves and protects those who love Him.

That does not mean that bad things don’t happen to His people. We all live in a fallen world, filled with evil, greed and hatred. Bad things do happen. However, when they do, we have the hope of the Lord who can get us through anything.

As I sat with an icepack on my head I felt I was at the lowest point of my life, however, God saw me through. More hardships followed, but knowing that my God was there for me every step of the way gave me the confidence to live on.

Prayer: Lord, there are times in our lives where we do actually feel hope-less. Help us to turn to You and know that You are the only One who can give us the hope we need to face tomorrow. Amen.

When have you lost all hope? How has God seen you through?

I was often-times at a low when I was in active addiction to crack cocaine. I have been cleaned for 10 years, I give God the praise for he created this praise on my lips. I am a miracle.