The Greatest I Know 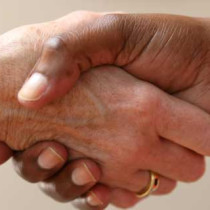 Reference: Not so with you. Instead, whoever wants to become great among you must be your servant, (Mark 10:43 NIV)

Explore: I used to work at a church that was situated in quite an affluent suburb. Within the congregation there were CEOs of companies, lawyers and doctors.

These people would have mixed with the known and influential of our city, and yet, when it comes to the people I remember from this congregation they were not in this group.

The people I remember is the cabinet maker who dedicated every Sunday to helping the children learn about Jesus, the stay-at-home grandmother who was always helping out in the kitchen at every event, and the retired lady who wrote encouraging notes every single week.

Those I have remembered are not the ones with the biggest salaries or most expensive houses, it is the ones who served the whole community with willing hearts and smiling faces.

Application: We all like to have the superior jobs and to be known for everything we do. Even the disciples jostled for the highest title amongst them.

However, that is totally contrary to what God considers as significant. Just like those I remember most at my old church, it is the servants who are considered as the greatest in the hierarchy of Heaven.

Prayer: Lord, I love to be the one who is served rather than to serve, but I know my selfish desires are contrary to Your will. May I continue to learn to put others first and resist my need to feel greater than others. Amen.

What can you do to serve others today?