The Cost of Change 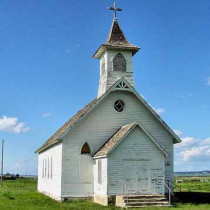 There is no doubt that this type of situation hurts many people, and I believe it hurts God too

Reference: As soon as it was night, the believers sent Paul and Silas away to Berea. On arriving there, they went to the Jewish synagogue. (Acts 17:10 NIV)

Explore: I recently caught up with some friends of mine who had just gone through a division at their church. They had moved into this congregation five years earlier, however, there had been disagreement in the leadership and the church had split.

There is no doubt that this type of situation hurts many people, and I believe it hurts God too. While it is clear that as humans we have differences of opinion, God’s intention is for peace and harmony.

In all the discussion about what had happened I could sympathise with our friends. However, I was saddened to hear that through their grief they had decided to give up on church.

They had really felt this was the congregation they were meant to belong to and, when it had all fallen apart, they gave up on corporate Christian gatherings. I had no doubt that they still believed in God, but I worried about the continuation of their faith journey as it’s tough to do it on your own.

Application: Let’s face it, faith communities have been going through challenges for thousands of years. While God certainly moves through congregations of faithful people, it’s just as well they’re not the only way people can connect with Him.

In Acts 17 we read of another occasion when Paul leaves a city. It was no longer safe for him to stay, so he is compelled to move on.

But the incredible thing about Paul is that he doesn’t stop meeting together with God’s people. As soon as he arrives at another place he is straight back at the synagogue.

There are times when we experience changes. It might be in our jobs, our relationships or even our churches, but let’s take a leaf out of Paul’s book. While the location changed, his dedication to spreading God’s word never did.

When change occurs it is important to have time to reflect and adjust, however, we mustn’t stop serving God.

Prayer: Lord, we can never control every situation and there are times when we experience hurt and rejection in the changes that occur. Help us to find healing and new opportunities to serve You. Amen.

How do you maintain faith and discipleship in the changes of life?