The Change One Day Can Make 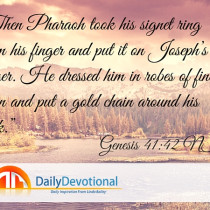 In just over 24 hours my whole world view had been totally transformed.

Reference: “Then Pharaoh took his signet ring from his finger and put it on Joseph’s finger. He dressed him in robes of fine linen and put a gold chain around his neck.” ‭Genesis‬ ‭41:42‬ ‭NIV‬‬

Explore: I recently went on a work trip to Nepal. It took about 20 hours to get there, but the plane finally touched down in Kathmandu.

On the afternoon of our arrival, a fellow traveller and I went for a walk down the street in front of the hotel. The traffic was noisy and chaotic with bikes, rickshaws, cars and pedestrians all ducking and weaving around each other.

The road was dusty and the footpath (if you could call it that!) was filled with holes and animals. The sights and smells showed how far we were from home.

As we continued down the road, we mentioned how hard it was to believe that yesterday we were walking down the street of Melbourne – a structured, clean and well ordered city. In just over 24 hours my whole world view had been totally transformed.

Application: When Pharaoh put Joseph in charge of Egypt he gave him royal robes and his own signet ring. As he rode through the city on a royal chariot he must have been reeling.

That morning, Joseph had been unshaven, dishevelled and in prison. That afternoon he was washed, clothed in royal robes and in charge of the whole nation. What a transformation!

The great thing about Joseph was that no matter what he looked like and no matter what situation he was in, he lived with integrity and purpose. Even when he had endured incarceration for years, he was still considered a trusted leader.

No matter what you are going through, or what you look like, you can still live out Godly characteristics. We are not always destined for royal positions, but that does not make our actions in our lowly places any less significant.

Prayer: Lord, Joseph was a great example You have given us to show how we should live, no matter what our situation may be. Help me to live with integrity, even when I find myself in less desirable situations. Amen.

How can you show your Godly character in your current situation?