The Battle After the Victory 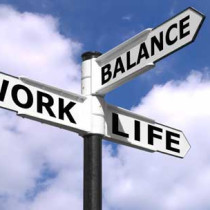 Wouldn’t it be great if life was always easy?

Reference: When the Philistines heard that David had been anointed king over all Israel, they went up in full force to search for him, but David heard about it and went out to meet them. (1 Chronicles 14:8 NIV)

Explore: A friend of mine was pitching a project to a really tough client. She had worked tirelessly for over a month doing research, drawing up PowerPoint slides, talking to similar clients and leading her team to the biggest presentation of her life.

The day came and she gave it everything she had and… signed the client!! She was so elated. This was her greatest work achievement and she worked so hard to make it happen.

I recently tried to catch up with her as it had been a couple of months since she had secured her new work load. It was not easy to find a date when she was free. The new client had brought higher expectations, more meetings and even interstate travel.

She was really happy with the new work, but was now finding it challenging to maintain a work/life balance. Her relationships were starting to struggle and she was starting to feel the strain across her whole life.

Application: Wouldn’t it be great if life was always easy? My friend had worked so hard to reach a goal, and yet, it seems that there was just a new battle she had to face after she had reached her original victory.

I think this is a common story for us all. You may not be pitching for a client, but we all face challenges. Battles I have faced are dealing with a child’s challenging behaviour, working hard to maintain a relationship, and trying to decipher whether I was achieving my best in a previous work place. Once you work through these battles it often seems like another comes up behind it.

King David was the same. He had been anointed king over Israel which was a LONG, emotional battle. But even once it had been made known that God had chosen him, there were still many battles to fight – literally and symbolically.

But let’s see how David handles this constant barrage of battles… he “inquired of God.” This is a great reminder for us too. There is no doubt going to be more battles coming your way, but when they do, instead of fighting it out on your own, inquire of God.

Prayer: Lord, thank You for always being there, standing beside us through every battle. May we not rely on our own strength, but always inquire of You as to what our battle plan should be. Amen.

What battle are you facing? Have you inquired of God?