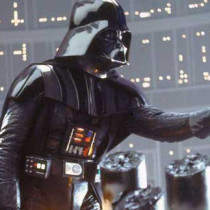 It is the ultimate Good vs Evil storyline

Reference: I will proclaim the Lord’s decree:
He said to me, “You are my son; today I have become your father.” (Psalm 2:7 NIV)

Explore: While you may not consider yourself to be a huge Star Wars fan, you would have to have been living under a rock not to know some of the quotes or the story line of this blockbuster movie created by George Lucas. It is the ultimate Good vs Evil storyline with a few twists and special effects thrown in for good measure.

One of the best known scenes from the film series is when Luke Skywalker is fighting the evil Darth Vader. (Spoiler alert – if you haven’t seen the films and don’t want the plot ruined, do not read on!) Darth, wearing his black mask and cape, is working for the dark side and has supposedly been the one who’s killed Luke’s father.

In an infamous light saber duel, Luke tries to destroy his nemesis only to hear Darth Vader say, “No Luke, I am your father.”  All Luke can do in response is scream a mortified, “Noooooooooooooooo.”

Application: While Star Wars is a fictional story set “in a galaxy far, far away” you can’t help but feel for Luke. Here he is, fighting for good, not evil, and yet he discovers that he is connected to one of the most evil men in the galaxy.

I could not help but think of this scene when I read Psalm 2 – “You are my son; today I have become your father.” Hearing these words for God would have the reverse effect on us compared to Luke Skywalker.

When Luke heard these words he realized he was connected to evil and destruction. When we hear these words it is the opposite.

God is love, hope, purpose, and grace, power and pure. We are made in His image and have the choice to connect into all of these life-giving attributes.

Instead, it is us who often reject our creator and turn to ways that are destructive and selfish.

Psalm 2 is a great reminder of the One we have come from. We have been created with love and we have the power of the greatest God we can ever imagine behind us.

Prayer: Lord, we often forget who we are made in the image of. Thank You for loving us so much that You formed us and set us on this earth to spread Your great and mighty word. Amen.

You are the child of the Almighty. How does it make you feel to come from such a royal family?