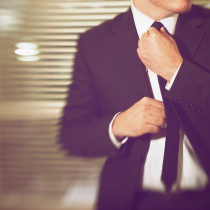 I earned some instant respect because of the position I had previously held.

Reference: “The Jews then responded to him, “What sign can you show us to prove your authority to do all this?”” ‭‭John‬ ‭2:18‬ ‭NIV‬‬

Explore: I used to work in Christian radio in one of our country’s largest community stations. The next job I had was working for a charity to deal with Christian media.

When it came time for me to work with the Christian radio stations, I earned some instant respect because of the position I had previously held. As time went on I earned some renewed respect as I proved to be faithful in the job at hand.

Initially I could tell people only listened to me because of my previous job. It seemed strange to me as I knew I was so much more than a past position description.

But over time, as they got to know me personally, their trust in me grew and went to a whole new level.

Application: When Jesus started His ministry He seemed to be relatively unknown. When He started acting out His faith and beliefs He started to gather followers.

Those who didn’t know him well wanted to know what authority He had to do such things – like clear the temple and speak with authority. If only they realised He was the authority!

It takes time to earn respect. It also takes integrity.

People need to see you live out what you believe every single day. It is on God’s authority that we act, so let’s not save that boldness for when we’re just in front of friends. Let’s live out our faith boldly every minute of every day.

Prayer: Lord Jesus, in everything You did You acted with authority and integrity. May we be strong in what we believe, but always lead with Your love. Amen.

What are you feeling prompted to speak up with authority about?