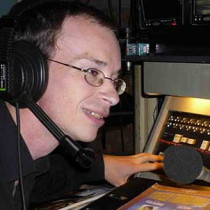 She was far from adding a rave review to her resume!

Explore: I was once involved in a big concert that included lots of performers. There was a stage manager appointed who came with high credentials – all self-proclaimed.

With so many people coming off and on the stage it was crucial for the stage manager to know exactly what was going on every moment of the concert. We were relying on her to steer the whole ship.

By the time the concert started the stage manager had changed the running order three times, but had only communicated these changes to half the cast. During the instrumental items, she was so absorbed in the music that she forgot to pass on microphones, and didn’t notice children getting in the way of the performers.

Let’s just say that by the end of the concert there were many mistakes that had been covered up and she was far from adding a rave review to her resume!! There is no doubt that this lady was a wonderful child of God, but it was made crystal clear that stage managing was not one of the gifts He had bestowed upon her!

Application: We all have gifts and abilities, however, often we lack the wisdom to know what they are and how we should  realistically behave. The disciples were no exception.

When Jesus mentioned that He was about to go through trials, none of the disciples believed that anything could turn them away from His side. And yet, they were all wrong.

We often like to think the best of ourselves, and yet, sometimes our reality is vastly different. God gave us all gifts and abilities, but it’s important for us to be aware of what they are and to what extent we are skilled in them.

Let’s not allow our pride and our lack of self-awareness get in the way of excellence for God’s kingdom.

Prayer: Lord, often we put ourselves forward and get in the way of Your will being done. May our eyes be opened to a greater understanding of who we are in You. Amen.

What do you think are your strengths and weaknesses? Discuss this with a respected friend or mentor.