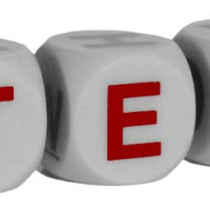 She still feels that every time she gets up to read that people are judging her and giving her a score out of 10.

Reference:  v.33 For John the Baptist came neither eating bread nor drinking wine, and you say, He has a demon.' (NIV Bible)

Explore:  A friend of mine was telling me the other day how she feels so nervous getting up to do the Bible reading at church.  She was always conscious of being rostered on to read in front of the church but a little conversation has kept her nerves on the edge.  A member of the congregation came up to her one Sunday and said that he and his son give a score out of 10 every time someone reads.  She had done really well that day and so they had given her a 10.  While this was meant to be a compliment at the time, it has stuck with her for many years.  She still feels that every time she gets up to read that people are judging her and giving her a score out of 10.

Application:  Jesus was constantly judged by what He said and did.  Anyone who was willing to stand up for what they believe is judged and criticised according to other people's perceptions.  Even John the Baptist was criticised when he was diligent in keeping the laws and commandments.  Sometimes we can feel like that too.  It's like every day we're getting a score out of 10.  And yet Jesus shows us how he responds to people who were often judged by the religious leaders.  In this chapter alone we have Jesus showing compassion to a widow and a 'sinful woman'.  These two women would have been judged as some of the lowliest in the community and yet Jesus changes their lives dramatically.  When you are feeling judged and harshly critiqued, remind yourself how much Jesus cared for those who were hurting.

Prayer:  Lord, thank you for showing us the true meaning of acceptance.  Help us to recognise your never-ending love and be willing to do the same for others.  Amen.

Who is your harshest critic?