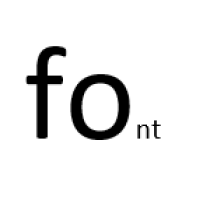 I was recently typing up some thank you notes for some leaders who had helped at an event we ran at the church. We had required a number of leaders to go above and beyond.

Not many had put their hands up for the task. But when I had asked them directly they had been more than happy to help.

I didn’t want to take them for granted so I thought a little thank you note with a chocolate was the least I could do.

I only had a set amount of space to write my thank you but some leaders had been so dedicated that I had ended up writing quite a bit. When I printed out the card all the words had not been contained to just one card.

I want to live in such a way that if God was to ever write me a thank you note He would have to use the smallest font just to fit all the good works in!

Lord, often our work goes unnoticed but may that not deter us from doing more. It’s nice to be appreciated but the most important letter of thanks we could ever get is from you, saying “well done, good and faithful servant.” Amen.

What size font would your thank you letter from God be at the moment?