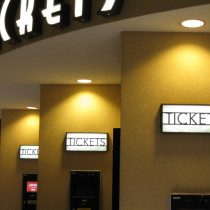 My delightful evening was quite unexpected.

Reference: “How much more—when wicked men have killed an innocent man in his own house and on his own bed—should I not now demand his blood from your hand and rid the earth of you!”” ‭‭2 Samuel‬ ‭4:11‬ ‭NIV‬

Explore: I was recently given free tickets to see a movie. It was a film taken from a romantic book and although I had low expectations it was a free ticket and a chance to go out for the evening with a friend.

Half way through the film I was already pleasantly surprised. While the main plot line was a romance story there was some really funny dialogue.

I giggled most of the way through the movie and really enjoyed all it offered. My delightful evening was quite unexpected.

Application: We have all had unexpected situations. You think something is going to turn out one way and it ends up being the opposite.

When I think of the life of Jesus I can recall a number of times when He was not what people expected.

It seems his distant relative, King David made the same impression. David was the anointed King but when his predecessor Saul passed away it was Saul’s sons who took the throne.

Two loyal followers of David snuck into Saul’s son’s home and killed him, bringing his head back to David to show off their success. They seemed to enter into David’s presence with confidence, feeling like they had just done him a huge favour and opened the doorway for him to take what was rightfully his.

But David did not respond how they expected. He called them wicked and demanded their deaths.

They did not uphold his values and did not act in accordance to David’s desires. While they were loyal to David becoming king they missed a key part of who he was and how he lived.

In our diligence to serve God, may we not be misled as to how we should live. Let our passion for Jesus not exclude those Jesus died for and may our love for His way not form a cliche that separates us from those Jesus calls us to.

Prayer: Lord, reveal Your heart to me so I may act appropriately in Your name. Amen.

When have you experienced the unexpected?