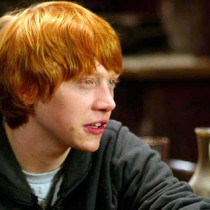 Reference: These returned and reported it to the rest; but they did not believe them either. (Mark 16:13 TNIV)

Explore: Working in radio, we often get the opportunity to go to movie previews. This means that we see a movie before it is released to the general public.

At times, the director or some actors from the film turn up to speak at the beginning of the screening. It is always exciting to be in the same room as someone who is famous.

Last year I went to a movie preview with my friend from work. I had read up on the screening and discovered that there would not be any famous people attending… but my friend didn’t know that!

I told her one of the main stars would be in attendance, I even showed her a current news article with him in it, and she totally believed me. We discussed what we should wear to the preview, how long the star would be at the cinema, and whether we would get to speak to them or not.

It was a bit naughty of me to lead her along, but it was so funny for my colleagues and I to see how gullible she was.

When we arrived at the special preview screening we got separated in the foyer, but found each other when we came to our seats.

“Did you see him out in the foyer?” I asked.

My friend paused, looked into my eyes, and realised it had all been a joke.

“He’s not coming, is he? I knew it!” And I burst out laughing. She had been so willing to believe and was such a good sport when she realised that she had been led astray.

Application: My friend is so trusting that she quickly believes what others have to say. I am not like that. I tend to question even the most believable things.

Unfortunately, this often translates into my faith as well. I would say that I am like Jesus’ followers who were not the first to see Christ when he rose again. When they were told about His resurrection they did not believe straight away.

I tend to doubt God before I believe Him. I try to sort everything out on my own before trusting that God has already won the fight for me.

When it comes to God, I need to be more willing to believe – like my friend – so that I am ready to see the best that He has in store for me.

Prayer: Lord, may I be quicker to trust in You and slower to rely on my own strength. Amen.

Are you more like my friend or me? How does this impact your faith?