Questions For the Vicar 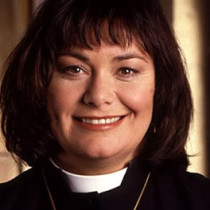 A great deal of the humour comes from the Vicar’s interaction with her verger, Alice, a lovely girl who comes from a fairly unusual family.

Reference: v.12 Again David asked, “Will the citizens of Keilah surrender me and my men to Saul?” And the Lord said, “They will.” (TNIV Bible)

Explore: One of my favourite comedy shows is the Vicar of Dibley. Dawn French is hilarious as she plays a vicar overseeing a parish in a small country town in England.

A great deal of the humour comes from her interaction with her verger, Alice, a lovely girl who comes from a fairly unusual family. In the Episode, The Christmas Lunch Incident, the Vicar of Dibley meets Alice’s mother.

One of her unusual habits is to ask the same question three times. The Vicar is polite and answers the first question, then the second – thinking that Alice’s mother is hard of hearing – but becomes a little wary when the question is asked a third time.

It seems this tri-question conversation is a recurring theme as Alice’s mother continues to ask each new question over and over. The Vicar is polite, but quite relieved to leave such a strange group of people.

Application: Many of us would not be as patient as the Vicar when we are asked the same question repeatedly. However, we often do this when it comes to chatting with God.

The Lord loves it when we go to Him for advice and assurance, however, I wonder what He thinks when we ask the same question over and over. “What should I do in the future?” “What is my purpose here on earth?” “Should I take this next step?”

It is important to rely on God for guidance, however, there comes a time when we need to take action.

David went to God for help. He even asked the same question twice for confirmation, but then he acted.

David was making big decisions that affected, not only his own life, but the lives of those who followed him. It would be understandable for him to ask for more assurance, however, he trusted in God’s response and sought only one extra confirmation.

If we truly have faith in God, then we will not need to go back again and again for confirmation of answers to our questions. We must not procrastinate in our response, but be willing to act when we hear God’s answer.

Prayer: Lord, it often feels easier to wait than to act. May we not waylay the next steps on our journey but be committed to what You have called us to do. Amen.

What question are you looking to be answered by God? Has He already given you the answer?