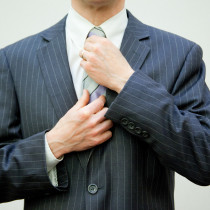 After a month or two major cracks were starting to show.

Reference: “Now Adonijah, whose mother was Haggith, put himself forward and said, “I will be king.” So he got chariots and horses ready, with fifty men to run ahead of him.” ‭1 Kings‬ ‭1:5‬ ‭NIV‬‬

Explore: It is important to have confidence in yourself but we all must be wary of the positions we try to claim.

I once worked for an organisation who employed someone to lead their marketing department. Their resume was sound and they interviewed very well.

The first few weeks of their employment started smoothly. They got to know their colleagues and learned the rhythm of the organisation.

However, a few important deadlines came and went and work was not completed. The first few mistakes were excused due to them being new but after a month or two major cracks were starting to show.

By the time their three month probation arrived they had not shown any aptitude for the work that was required to fill the position. The company had no choice but to let them go.

Application: Words are cheap but can be very dangerous. I could tell anyone I’m a doctor, but if I was asked to assist in a medical emergency I would be more of a hindrance than a help.

This seemed to be the case with Adonijah. As I started reading 1 Kings 1, I realised I didn’t even recognise this name, and yet, he put himself forward to be King after David.

Adonijah put himself forward without any blessing from King David or an anointing from God. It was Solomon who received David’s blessing, Solomon who was crowned King and Solomon who became (and is still to this day) a household name.

God is willing to anoint each of us with a purpose, but it’s not always the agenda we have in mind. If we are willing to be truly faithful then we will trust God’s plan and follow the path He calls us to.

Prayer: Lord, I know I can get impatient at times and want to push myself forward for something I may not be called to or ready for. Give me your patience and wisdom to know what path I should take. Amen.

When have you experienced someone in a wrong role?