Push or Pull Back 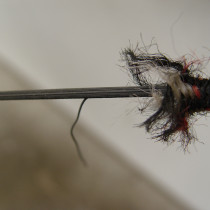 She decided to back off a little and see if that helped.

Reference: “Therefore Jesus no longer moved about publicly among the people of Judea. Instead he withdrew to a region near the wilderness, to a village called Ephraim, where he stayed with his disciples.” ‭‭John‬ ‭11:54‬ ‭NIV‬‬

Explore: A girlfriend of mine was feeling a lot of tension between her and a colleague. She had tried to address the issue directly but it only seemed to make matters worse.

She decided to back off a little and see if that helped. She was able to rearrange some things at work, without making them obvious, which allowed her colleague some extra space.

This not only alleviated the tension but also gave both people the time they needed to get a better perspective on their personal feelings.

Application: There are times when it would be great to have divine intervention. But there are many situations where we can just use the wisdom God has given to us.

When Jesus’ life was threatened He changed His location for a set period of time. This allowed Him to spend time with His disciples.

Jesus didn’t hide away forever, and *spoiler alert* He was still caught in the end! But He was wise enough to know when to push and when to pull back.

Pray, seek guidance and also use the wisdom God gives to us all.

Prayer: Lord, give us Your wisdom so that acting in a Godly way comes naturally to us. Amen.

When have you used wisdom to deal with a situation?