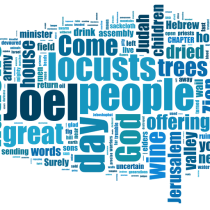 As I walked around my house I realised there were only a few things that were truly precious to me.

Reference: “For you took my silver and my gold and carried off my finest treasures to your temples.” ‭‭Joel‬ ‭3:5‬ ‭NIV‬‬

Explore: One particularly bad fire season I found myself at work and unable to go home. The fire was not quite at our doorstep, but it was still unpredictable enough for it to be dangerous to head into the area.

The weather soon changed and I made my way home, appreciating the sight of a house still standing and a neighbourhood still familiar. As I walked around my house I realised there were only a few things that were truly precious to me.

While the window coverings and all the appliances were probably the most expensive things in the house, they were far from the most treasured. It was the pair of earrings my father bought me before he passed away that I would have hated to lose. I would have grieved for the photos of the children who have been in our house and the cards people had written loving words in.

It really made me think about the things that are important to me.

Application: We see the importance God sees in His world when we read Joel 3. His people had been attacked by their enemy and His vengeance was great.

They were His treasures whom had been torn from Him, His children who had been treated poorly. It is God’s people He defends.

God sees us as precious too. He loves us and grieves for when we are lost. But He never gives up hope.

God is always there waiting for us to return. He delights in our victory and rejoices when we come close.

Prayer: Lord, bring me into a deep relationship with You so I may never wander from Your love. Amen.

What in this world is precious to you?