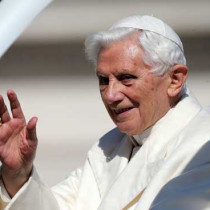 I respect the decision he made

Reference: When David was old and full of years, he made his son Solomon king over Israel. (1 Chronicles 23:1 NIV)

Explore: In February 2013, Pope Benedict XVI retired as the head of the Catholic Church. He was the first to do so in the last 600 years, but due to ill health and a frail state, he made the difficult call.

We didn’t hear too many details behind all the reasons of his retirement, but seeing as though it does not happen very often, I would assume it was a tough decision to make. There were no doubt many advisers to assist him, but the final call came down to Pope Benedict.

While I certainly don’t know him personally, I respect the decision he made. Acknowledging the limitations he had, he stepped aside to allow someone else to do the job.

Application: I hadn’t realised that King David did the same thing. When he was getting older, knowing that his son, Solomon, would take the throne, he stepped aside so that he could rule.

This shows great humility. There would be a lot of power and prestige around being the king and to humble yourself enough to hand that authority over shows a man of great character.

There are times when, due to pride and needing public affirmation, I take on a role that I should have probably passed on to someone else. Sure, my tasks have not been as big as to lead a nation or a church movement, but there are times when it would be good to step back to allow someone else to shine.

Let’s not hold our positions so tightly that we end up putting our pride before the end result. But let’s work towards being disciples of great character so that we can see the importance of the end result.

Prayer: Lord, help me to see the bigger picture. May I not be consumed by my own self-importance but work towards building Your kingdom and Your glory. Amen.

How can you step back to let someone else shine?