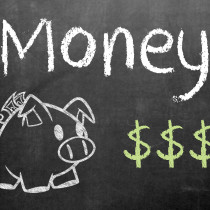 My friend explained that she learned the importance of money that day.

Reference: “They answered Joshua, “Your servants were clearly told how the Lord your God had commanded his servant Moses to give you the whole land and to wipe out all its inhabitants from before you. So we feared for our lives because of you, and that is why we did this.” ‭‭Joshua‬ ‭9:24‬ ‭NIV‬‬

Explore: I was talking to a friend of mine about money. While I try not to focus on money too much, she was telling me about her upbringing when her life was very different.

Her parents were fairly poor and her brother had terrible asthma. She remembers her mother having to make the tough decision between buying asthma medication or buying food for their table that night.

My friend explained that she learned the importance of money that day. It’s fine and dandy until you don’t have it and you are stuck making difficult choices.

Application: When families are having to make these types of choices it’s no surprise they turn to stealing and lying, just to make ends meet or to care for their child.

When the Israelite army came in power to a new land, with a mighty God behind them, the neighbouring nations got worried. Instead of fighting Israel they lied so they could be at peace with them.

It was a dangerous chance to play but they wanted to secure their futures in safety. They were fortunate to make an oath with the right people. Because of Joshua’s dedication to God, he did not break his oath and he did not fight his neighbours.

We all like to feel safe and secure. We don’t think it’s that important until we don’t have it.

Let us anchor ourselves in the safety of God. If we follow His instructions we will always be held in His hands.

Prayer: Lord, keep us safe in Your hands. May we not wander into danger, but stand firm in Your way. Amen.

When have you felt unsafe?