Playing Golf With A King 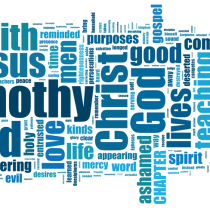 He was picked up in a private jet, chauffeured around in limousines, and stayed in 5 star accommodation.

Reference: “You then, my son, be strong in the grace that is in Christ Jesus.” ‭‭2 Timothy‬ ‭2:1‬ ‭NIV‬‬

Explore: I heard a story of a pro golfer who was invited by a Saudi King to spend the week with him to teach and play golf. He was picked up in a private jet, chauffeured around in limousines, and stayed in 5 star accommodation.

All week he spent time with the King, teaching him everything he knew about golf and playing round after round of golf. When he came to the end of the week, the King was so appreciative of the pro golfer.

The King asked him if there was anything he could do for him. The golfer was humbled as he had experienced the best in everything all throughout the week.

The King had gone over and above to cater for every single need the golfer had. There was nothing more he could have done.

The King pressed the golfer further, asking him if there was something he could bless him with. The golfer finally said he collected golf clubs, but the King didn’t have to concern himself with it.

The King took note of this and the golfer went back home.

He didn’t hear from the King for quite some time. He wondered whether the King had forgotten about his request or whether he had secured a significant golf club and what it would be like.

Would it be diamond crusted? Or held by a famous golfer? Would the golfer want to use it to improve his game or would he frame it in his home?

His questions were answered a few weeks later when a letter came in the mail. It didn’t notify him of a package to pick up at the post office, but it held the deed for a 500 acre golf club, now in the pro golfer’s name!

Application: There are times in our lives that we actually get something more than we expected or than we deserved. The golfer didn’t deserve such an incredibly generous gift, but the King had the capacity to give generously.

We worship a King who is also able to give generously. In fact, the grace He gives goes beyond anything we could ever imagine and certainly more than we deserve. But He gives it generously.

Don’t hold back your acceptance of what God has to offer you. You don’t deserve it, but He has already given it.

And it can truly change your life.

Prayer: Lord, thank You for Your never-ceasing grace. May I live in Your grace every single day. Amen.

How has God’s grace changed your life?