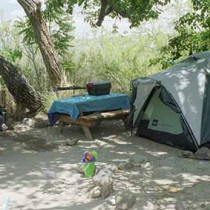 I wonder if one of them ever wanted to buck the system.

Reference: All these were heads of families, chiefs as listed in their genealogy, and they lived in Jerusalem. (1 Chronicles 8:28 NIV)

Explore: My grandparents migrated to Australia when my father was nine. He had two young brothers, two older brothers and a sister who was married.

They had very little money when they arrived, and when my grandfather got a job as a share farmer, it was all hands on deck. My Aunty, the eldest, took care of a lot of the domestic duties as well as the younger children, and all the boys had to pitch in, no matter what their age.

My father did not continue in the family trade of farming, even though all of his older siblings did. But he certainly brought the “all hands on deck” philosophy into our home.

When we went camping, everyone contributed in carrying the luggage and assisted in pitching the tents. When it came to cleaning up after dinner, us three girls all took up our rostered position of either washing, drying or putting away the dishes.

We may not have been as practical as my father’s family, but it was a given that everyone just pitched in.

Application: When reading through the genealogies of 1 Chronicles 8, I noticed that those listed as heads of the family all played a certain role. It seems that it was a given that they would play their part. I wonder if they were content with their role; I wonder if one of them ever wanted to buck the system.

It highlights how strange the prodigal son was. When Jesus told the story He was speaking into a culture where everyone knew the role they were to be given and they played their part.

However, the prodigal son bucks the system and chooses his own path, which led to loneliness and ruin.

In one sense, we have all been given a role by God. He calls every single one of us to be His representative here on earth. He needs all hands on deck.

The choice is up to us though. It’s your decision whether you buck the system or roll up your sleeves and play your part. God will use you if you’re willing.

Prayer: Lord, we know that choosing our own selfish ambitions only leads to loneliness and ruin, and yet, it always seems so tempting to begin with. May we choose to roll up our sleeves to play our part in building Your kingdom here on earth. Amen.

What part can you play to be God’s representative here on earth?