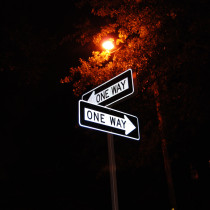 The change of location at such short notice seemed impossible!

Reference: “a wise woman called from the city, “Listen! Listen! Tell Joab to come here so I can speak to him.”” 2 Samuel‬ ‭20:16‬ ‭NIV‬‬

Explore: Last year through work I was all set to travel to India. I had my tickets booked, my visa approved and all my work organised to depart on Sunday.

When it came to the Wednesday before we got an email from our Indian office. Some things had changed considerably and they did not feel it was advantageous for us to visit.

This threw us into quite a spin. We still needed to complete our overseas tasks, but we had no overseas country to visit!

The Indian office gave us one solution: travel to Nepal instead. The change of location at such short notice seemed impossible!

But with some incredibly dedicated staff on the ground, and a quick working travel agent, the trip came to pass. In fact, it was the most successful overseas work trip I had been on. And we ended up going back five months later!

Application: There are times when things change and everything feels like a disaster. While my disastrous trip had a fairly quick turn around, it doesn’t always turn out that way.

But it’s amazing how often the plan that actually comes to pass ends up being better than we could ever imagine. In fact, sometimes the plan B is better than plan A.

When Joab went to fight an enemy of David’s he found him in the city of Abel. He was about to go to war on Abel when a “wise woman” (and I would say a VERY courageous woman) spoke up to Joab and asked him not to damage their city.

Joab gave the woman his plan B and she delivered for him. There was no war, the city did not go under siege and there was much less blood shed (only reports of one head being severed – that of David’s enemy).

As a control freak, I struggle to go with plan B. But I’m often challenged to have greater faith in God – trusting Him no matter which plan I go with.

Prayer: Lord, may my faith in You increase so much that I can feel secure in Your love whether I’m going with Plan A or Plan Z. Amen.

When have you had a take a Plan B?