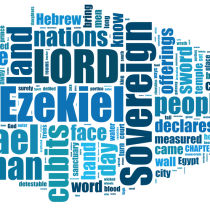 He was a well-loved, much accomplished actor who was revered by many.

Reference: Now you are shattered by the sea
in the depths of the waters;
your wares and all your company
have gone down with you. (Ezekiel 27:34 NIV)

Explore: Philip Seymour Hoffman died tragically on the 2nd February, 2014. He was only 46 years old and had lived an incredible Hollywood life.

He was a well-loved, much accomplished actor who was revered by many. And yet, his world was not ideal.

On the 2nd of February he was found dead, in his apartment, of a suspected drug overdose. A great life, crashing down to non-existence, in a place that is perceived to hold hopes and dreams.

There is no doubt that drug addiction is a real problem, and as you see great men fall under its influence, we’re reminded again of how precious life is. With something so precious, we would want to strive to live it to the fullest.

Application: Tyre was a place that had also hit its prime. Many revered it and traders came from far and wide to share in its wares.

But Tyre was not to stay the course. Its rulers strayed from God and it became complacent in its wealth. And its fall was great.

We may not be known for particular greatness, but we all have something to offer. If we can stay grounded in Christ and use our skills for His glory, then our life will not be wasted.

It’s not just about starting well, but ended well too.

Prayer: Lord, may we stay focused on You. It’s so easy to start working for our own desires, but our lives are set to flourish most when we set our minds on You. Amen.

What can make you waver from your Godly course?