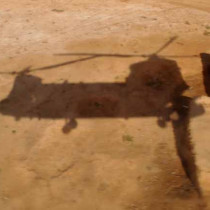 I can appreciate that this date marked much victory over terrorism but to celebrate the destruction of someone so evil almost aligns us with the behaviour that we hated so much in him.

As I start work very early in the morning I usually arrive home around lunchtime each day.  Yesterday I sat down to eat my lunch and thought I would turn on the TV for some light entertainment.  This is when I first heard the breaking news that Osama Bin Laden had been found and killed by US military.

I’m not sure exactly what I was feeling but I couldn’t tear myself away from the TV.  Throughout the last decade this name had been one of fear and hatred.  And here I was hearing about his final moments.

It was no surprise that people were quick to jump on their social networking sites to start sharing their thoughts about such a momentous occasion.  One thing I couldn’t quite shake was the feeling of unease when I noticed people celebrating Osama’s death.  I can appreciate that this date marked much victory over terrorism but to celebrate the destruction of someone so evil almost aligns us with the behaviour that we hated so much in him.  It seems I was not alone as many people on Facebook and Twitter were also voicing such unease.  One of my favourite quotes I read in relation to this was on an old school acquaintance’s page:

“I mourn the loss of thousands of precious lives, but I will not rejoice in the death of one, not even an enemy. Returning hate for hate multiplies hate, adding deeper darkness to a night already devoid of stars. Darkness cannot drive out darkness: only light can do that. Hate cannot drive out hate: only love can do that.” — Martin Luther King, Jr.

And so my colleagues at 89.9 LightFM in Melbourne decided to promote something positive off this occasion, rather than celebrating death and destruction how about we celebrate something great.  We are encouraging everyone who uses social networks to share something that is worth celebrating in their lives and adding #thingsweshouldcelebrate at the end.  It doesn’t have to be anything majorly significant, just a way of spreading positive, loving comments to this world which is in great need of a message of hope.

I, like you am not celebrating the death and destruction of such an evil man. Unfortunately people still have the philosophy of…An eye for an eye. When I watched the celebrations, all I was thinking is, how come I don’t feel like this and why don’t I?
What Martin Luther King, Jr. says is very true and relevant to one who understands that it amounts to nought to have negative and fruitless thinking. People must think that if this man is dead then everything is going to be better.
Unfortunately he has had so much influence over so many lives… those who celebrate his demise and those who will devise their revenge…and so it goes on and on….

Thanks for your thoughts Moira.
I really liked your point about Osama having an influence over people’s lives, both those who followed him and those who fought against him.
We pray for God’s peace and discernment during these times.
Linda.

Interesting thoughts, but there is another side to the topic that can be scripturally supported. I do think more research is required when responding to something like this. The MLK Jr quote, not exactly his. I think you and your colleagues started a neat trend with posting positive comments on social media networks. I do think that we need to recognize both sides of a healthy response to this event though. I know that some people are responding in a very unhealthy way, but depending on the celebration, there’s nothing especially wrong about the way some people respond. The important thing is that we continue to live in unity despite our differing responses. Would love to hear your thoughts on my response posted on the website I listed titled, “I Pledge Allegiance.”

Hey Joey,
Thanks so much for your comment and for sharing your thoughts in your article: http://crossbridgecc.wordpress.com/2011/05/03/i-pledge-allegiance/
It was great for me to read an American’s perspective as I’m sure that emotions are a lot more raw in your country.
I appreciated your honesty in struggling with your emotions at this stage and concur with your point that, as Christians, we need to be united in our desire to be more like Christ – no matter what our emotions or situation.
Thanks for bringing this to my attention. Linda.