My Story To Tell 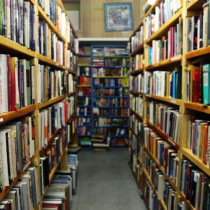 His father was prone to picking up hitchhikers and helping travellers on their journey.

Reference: “As for all the other events of Asa’s reign, all his achievements, all he did and the cities he built, are they not written in the book of the annals of the kings of Judah? In his old age, however, his feet became diseased.” 1 Kings‬ ‭15:23‬ ‭NIV‬‬

Explore: My friend Tim told me a story of his life that I had never heard before.

Tim’s parents were friendly, Godly people and his father was prone to picking up hitchhikers and helping travellers on their journey. There are dozens of people who still remember the hospitality of Tim’s parents and even those who had their eternity transformed because of them.

One of the final times they picked up a hitch hiker was when they were on a family holiday. They picked up the gentleman and, as was common for Tim’s dad to do, he invited the hitch hiker for dinner.

The dinner was rowdy with lots of children around the table, but they were soon alerted to a breaking news story on the radio. In this news break the journalist mentioned there had been an outbreak at a local prison and there was still a criminal on the loose. The announcer then went on to describe their dinner guest perfectly – from his age, his appearance, even down to what he was wearing.

Everyone stopped talking and put down their knives and forks. There was silence until finally Tim’s dad invited their guest outside to take a walk with him.

They left the house and the rest of the family waited. A couple of minutes later their father walked back into the house… alone. He said their guest had to leave in a hurry and wouldn’t be staying any longer.

Still to this day he has never revealed what happened outside but the family take great delight in teasing their compassionate, God-fearing father for assisting the escape of a criminal!

Application: We all have stories to tell. Some are funny, some are emotional, some are informative, but they all hold elements of wisdom.

The story of King Asa is encouraging to hear that we can break the cycle of wrong-doing in our lives and in our generations. And yet 1 Kings 15 only scratched the surface of Asa’s life.

We all have our own stories and through our life’s journey we are able to learn from our experience as well as help others learn from our own reflection. Let’s not hold too tightly to our stories but help to connect with others who may need to hear of what we have learned.

Prayer: Lord, thank You for the life You have given to me. It has not always been easy, but may I learn more about You as I explore Your story and discern Your presence in my own story. Amen.