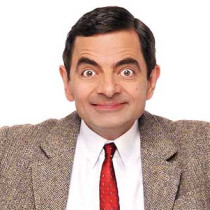 Atkinson describes his character of Mr. Bean as “a child in a grown man’s body.”

Reference: Seated in a window was a young man named Eutychus, who was sinking into a deep sleep as Paul talked on and on. When he was sound asleep, he fell to the ground from the third story and was picked up dead. (Acts 20:9 NIV)

Explore: Rowan Atkinson is a very clever English comedian. His most famous character is Mr. Bean.

Atkinson describes his character of Mr. Bean as “a child in a grown man’s body.” One of the most well-known episodes of Mr. Bean is when he goes to church.

In true comical Bean fashion, he turns up late, struggles to sing along with the rest of the congregation and disrupts the whole service by opening a very loud lolly wrapper. But none of this compares to the hilarity of when Mr. Bean falls asleep during the sermon.

From forcing his eyelids open with his hands to leaning his head on the person next to him, Mr. Bean finally succumbs to sleep only to find that he’s slunk down onto the floor. Upon hitting his head on the ground he quickly jumps up and finds his place again.

This whole scenario is absolutely hilarious, made all the more humorous as each viewer recognizes that they too have felt like that at some time or another.

Application: Who would have thought that such a storyline had actually already taken place in the Bible. There was a big difference however.

In Mr. Bean’s rendition of falling asleep in church he is embarrassed, but not hurt.

In the Bible’s rendition of falling asleep whilst hearing a teacher the young man falls from a 3 story building and dies. While we have all laughed along with Mr. Bean, I can assure you that no one was laughing in the story we read from the Bible.

In fact, Paul, who was preaching at the time, was so distraught that he threw himself over the young man and he was raised from the dead. This occurrence brought comfort to the people and, while it doesn’t mention this in scripture, I would think that Paul’s congregation would have been listening to every single word he spoke after they witnessed such a miracle!

There are times when worshipping God can be challenging. With life being so busy we may struggle to stay awake or we can’t stop thinking about the next item on our to-do list.

Thankfully, most of our distractions do not cause grievous bodily harm like it did in Acts, however, it can cause harm to our faith. If we are too busy sitting in church thinking of the next thing we need to do, then we will miss out on hearing what God has to say to us for that moment.

Prayer: Lord, forgive us when we don’t make the most of every worship opportunity. You are worthy of all our attention. May we focus on You, even when our other agendas seem to push their way to the front of our minds. Amen.

What do you find most distractive when you are involved in corporate worship? How can you limit these distractions?