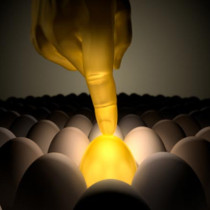 We think that people succeed because of luck, but most of the time it is because of hard work and perseverance.

Reference: He put garrisons in Edom, and all the Edomites became subject to David. The Lord gave David victory wherever he went. (1 Chronicles 18:13 NIV)

Explore: Midas Touch. I’m sure you know someone who has the Midas touch. You know, everything they touch turns to gold. It’s like they could succeed in anything.

Their partner is supportive, their kids are well behaved, they have a fulfilling career and their social life is off the charts. We either love them and want to be close to them, or we hate them because we’re so jealous of what they have!

Application: It’s easy to think that someone might have the Midas touch, but you never really know what’s happening below the surface.

King David seemed to succeed at everything. He won wars, his wealth increased, and he received abundant blessings from God. But this wasn’t some magical power.

In verse 13 we hear that David had victory wherever he went, but the very next verse tells us why. Verse 14: “David reigned over all Israel, doing what was just and right for all his people.”

From my experience, it’s not always easy to do what is just and right, but David made the hard decisions and made the sacrifices to maintain his integrity. We think that people succeed because of luck, but most of the time it is because of hard work and perseverance.

Let’s not covet other people’s success, but be willing to dedicate ourselves to being the best that we can be.

Prayer: Lord, help me to focus on everything that I can do to be a better person rather than judging others. Amen.

What area of your life needs more attention and hard work?