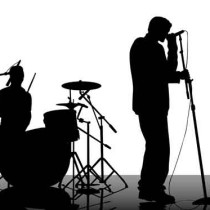 Happy Christmas season. Linda is taking a break but will be back mid January to continue exploring the gospel of Mark.
Here is one of her most popular posts from 2012.

This song would have earned them a significant amount of money

Reference: v.2 In the last days
the mountain of the Lord ’s temple will be established
as the highest of the mountains;
it will be exalted above the hills,
and all nations will stream to it. (TNIV Bible)

Explore: A mate of mine has a son who has been trying to earn a living off his music. He has been a part of a band for a number of years and they are slowly starting to get recognized for their talent.

After touring around with a number of other musicians they were approached to write a song for a mainstream TV show. This song would have earned them a significant amount of money and potentially put them in the right circles to get more work in this area.

I was shocked to hear that the band turned the opportunity down.

While they have been working hard for many years they felt that they would be selling themselves short by just writing a song for a show they didn’t respect. It was sending them in a direction they did not intend to go, and so, they stood firm and said no.

Application: It was hard for me to understand this kind of decision, and yet, I respected the integrity that these young guys held.

When Isaiah the prophet was sent to the Israelites, his purpose was to point them back to God. They had rejected God’s law and had turned away from how He had instructed them to live.

Isaiah spoke of a time when people would ‘stream back’ to the Lord’s temple.  God could have enticed the people back with blessings and prosperity, however, He knew that would not be helpful for the people.

He knew that His instructions were good and true, and so, He kept the integrity of His commands.  It was the people who needed to see that their decisions had taken them in another direction.

It is often hard to see that the tough road is often the right direction. God does not intend to cause us grief, but He understands what decisions are best for us to make.

Prayer: Lord, when the decisions are challenging it is easy to take the road that would give more instant gratification. May we stick firmly to Your word and be willing to take the more difficult path. Amen.

When has your faith taken you down the more difficult path?