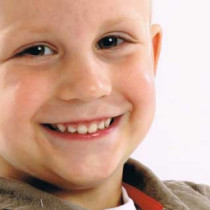 Leave him alone, let him try it himself

Reference: v.4 This is what the Lord says to me:
“I will remain quiet and will look on from my dwelling place,
like shimmering heat in the sunshine,
like a cloud of dew in the heat of harvest.” (TNIV Bible)

Explore: I was recently having dinner with some friends of mine who have a four and a six year old. These kids are always up and about and exploring new things that they can do around the house.

While it is a great way for the four year old to learn, it ends up being very frustrating for the six year old. The six year old knows the younger sibling will not be able to do as well as they do, and so they always try to help or to make it right for them.

Their mother was constantly having to repeat the same phrase over and over again: “Leave him alone, let him try it himself.”

Application: When we read about the destruction of the Israelites we can see through Isaiah the prophet that God was very much involved.

At times he was helping them out, at times he was allowing destruction to overpower them and, at times, he was sitting back so they could see the consequences of their own decisions.

He was very much like my friend with her four year old. While his older sibling always wanted to come in to fix the situation, his mother would always be watching, but also allowing him to learn on his own.

I often want God involved 24/7. But just because God is not moving the puppet strings in my tasks does not mean that He is not involved.

God is always watching us, even if it’s from His dwelling place. There are times when we need to learn and grow from our own decisions.

Prayer: Lord, while times of growing can be fun as we learn and explore, there are times when this can also be painful. Help us to trust in You and know that, just like a loving parent, You will intervene when we need You. Amen.

What kind of parent is God being for you right now?