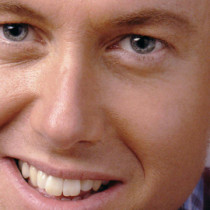 Needless to say, when I recently had the chance to speak to him on the phone, I was a little excited

Reference: v.3 For when you did awesome things that we did not expect,
you came down, and the mountains trembled before you. (TNIV Bible)

Explore: My all-time favourite choreographer is Australia’s Jason Gilkison. He is a ballroom champion, he recreated Burn the Floor as its choreographer and artistic director, and he has choreographed and judged on So You Think You Can Dance in the USA as well as Australia.

His Latin and ballroom dances are unbelievable and he works with people all over the world who demand his expertise.

Needless to say, when I recently had the chance to speak to him on the phone, I was a little excited… and I didn’t hold back! I told him that he was my favourite choreographer, his work was exquisite, and every time I saw one of his choreographed routines I was never disappointed.

I suddenly stopped and realised that I was talking to the one and only Jason Gilkison. He had been in dancing competitions all over the world and brushed shoulders with the best performers we’ve ever seen.  Why would he care about my opinion?

All I am is a couch-critic. Sure, I learned jazz ballet until I was 13, but since then I have only been an observer. What difference would my opinion mean to a champion?

Well, I needn’t have worried. Jason was humble and appreciative. He thanked me for my comments and accredited SYTYCD for bringing him into the public eye.

While he had every opportunity to be the hero and the celebrity, he was polite and graciously received my compliments. I had come to expect greatness in his performances, however, I had not expected him to be as humble as he was.

Application: We all have expectations of those in the limelight. In Isaiah we hear that the people had expectations of God as well… and God was even more surprising to them as Jason Gilkison was to me!

At times, when God intervened, He would come with power and might. The people wanted God to make Himself known to them again, and so, they were expecting something of grand proportions.

No wonder, when Jesus entered this world as a baby, He almost went unnoticed. We cannot put God in a box and expect Him to respond how we think He should.

Just as Jason was more humble than I anticipated, so too does God come in power as well as in humility.

Do you want God to intervene in a situation for you? Don’t limit Him to your expectations, but look out for Him in various forms.

Prayer: Lord, open our eyes to see You in the mighty thunder as well as the small, still breeze. Amen.

What intervention do you need from God today?