It’s Not What It Seems 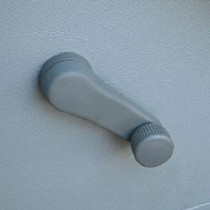 “What are these, daddy?” they called out from the back seat

Reference: v.2 So Saul went down to the Desert of Ziph, with his three thousand able young Israelites, to search there for David. (TNIV Bible)

Explore: A friend, Nick, recently had his car in for a major service. Due to the length of time his car would be out of action, the service company lent him another car to transport his family in.

The loan car was not nearly as new as the car Nick owned, however, he was able to drive his children around to all their activities, which limited the disruption to his day. In actual fact, the children liked the loan car better.

“What are these, daddy?” they called out from the back seat. Nick explained that they were window winders.

He showed the children how the windows go down when you turn the handle around and around. They were fascinated!

Having only grown up with electric windows they thought the window winders were a lot more fun. Who would have thought that something so ‘old school’ would be so interesting to children who have grown up in the technology age.

Application: At times, it can be deceiving as to what is more interesting, powerful or useful. David’s power compared to King Saul’s was certainly deceiving.

Saul turns up with an army of 3000 soldiers, and yet, David has a rag tag bunch of outcasts. Despite this, it is David that continually holds the upper hand over Saul and finds a number of opportunities to take his life.

Life is not always as it seems. We look at others and see all the great things they have – more money, more technology, more opportunities. However, the outward appearance can be deceiving.

Some of the most content and purposeful people I know are not those who have more possessions, but those who know their identity in Christ.

Prayer: Lord, may we not look to the world to find purpose, but look to You for opportunity and contentment. Amen.

Is there something you are aiming for that only brings worldly reward?