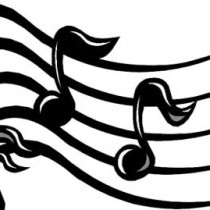 I found my music tastes to be so different to hers I was quite happy not to hear the songs in full!

Reference: V.1 In that day this song will be sung in the land of Judah:
We have a strong city;
God makes salvation
its walls and ramparts. (TNIV Bible)

Explore: My teenage daughter was driving around in the car with me and did what all teenagers do… flicked through all the radio stations! We would never hear a song in its entirety as she would either get bored of it once it begun or would only find her favourite songs half way through them airing.

While this could have been quite infuriating, I found my music tastes to be so different to hers I was quite happy not to hear the songs in full!

At one point she found a favourable station and I was able to listen to a few of the songs they were playing. While I am well aware of the music that is played in our world, I must say that even I was taken aback by the lyrics of a particular song in our current charts.

The sexually explicit words that were included in the song were offensive and distasteful. It saddened me to know that thousands of young people would be singing along to this song without flinching at the words they were repeating.

Application: Music can be dangerous in the way we are able to sing along to songs and not really think about the lyrics.

To be honest we are just as guilty when we stand in church singing along during praise and worship. We can be offering our lives to Christ and saying that we will give Him everything through a song. But then we’ll leave the building and not think of God again until the next Sunday service comes along.

In all the rebellion that had been going on in Isaiah’s time I was pleasantly surprised to hear the people of Judah singing such a dedicated song to God in chapter 26.

The challenge for us all though, is to live up to the words that we sing. While my singing voice is not amazing it’s easy for me to join in on some lyrics about relying on God in all the situations that come my way. However, that voice is wasted if I don’t live out those words in my life.

Music and praise to God can bring healing and focus and a style of worship that becomes supernatural. However, we must be aware of the words that we sing and be willing to live them out as well as sing them out.

Prayer: Lord, words slip out of my mouth so easily. May I have more control over what I sing and say so that my life reflects the sounds from my lips. Amen.

Do your actions this week reflect the songs you’ve sung recently in worship?