I’m Too Old For This 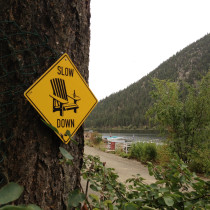 Reference: “But Abishai son of Zeruiah came to David’s rescue; he struck the Philistine down and killed him. Then David’s men swore to him, saying, “Never again will you go out with us to battle, so that the lamp of Israel will not be extinguished.”” ‭‭2 Samuel‬ ‭21:17‬ ‭NIV‬‬

Explore: My uncle John is 80 years old. He has lived for most of his life on the land and was as fit as a fiddle.
When I was a child he would allow me to come to his farm. We would ride motorbikes and milk cows and fix fences.

Even in his late seventies he was still helping to paint rooms and mend fences. It was like nothing was going to stop him.

But sure enough, a near fatal injury and a few more years under his belt, and my uncle has finally slowed down. It’s a big deal for him to drive down the street these days.

Don’t get me wrong, he is still amazing and has lived an incredible life, but it’s a reminder to me that at some stage, if we are blessed to live long enough, we will all slow down and reduce our once frenetic pace.

Application: For some people they take this decline gracefully while others are frustrated at the limitations.

It seems King David was not one to slow down easily. After years of fighting he headed into battle again, only to nearly lose his life.

It took some very brave men in David’s army to let him know his fighting days were over.

We all have to grow up and move on at some stage. For the younger lot of us, maybe the moving on is putting aside childish ways and starting to save money.

No matter what age we may be, there are seasons for us all. And in every season we have the opportunity to show God’s love and grace. May our age not be our defining characteristic!

Prayer: Lord, give me Your peace so I may show grace in every season of my life. Amen.

What is the best thing about your age right now?

I am blessed. thanks for reminding me how God watches over His children. sometimes I got frustrated and forget that God never promise sunshine without rain, but He has promise strength for each day.