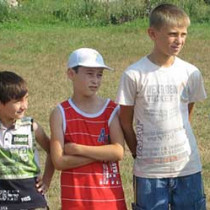 Reference: All of them were filled with the Holy Spirit and began to speak in other tongues as the Spirit enabled them. (Acts 2:4 TNIV)

Explore: While I enjoyed the majority of my primary school experiences I would have to say that picking teams for sport was the most harrowing. Two captains would stand out the front and choose their team.

They would usually start out by selecting the most popular people in the class and then move onto the most competent in the sporting field. Those who were left were then begrudgingly chosen, with the captains hoping they would hold the team back the least.

I was never the most popular and certainly not the most sporty. I don’t recall ever being left until the very end, but I always found the process humiliating. Everyone knew that the final people being chosen were not wanted by anyone but only selected because they had to be on a team.

Application: When the Holy Spirit came after Jesus rose again, it says that ALL of them were filled. The Holy Spirit didn’t sit there choosing teams and only picking the top 3. All were chosen.

They were a fairly diverse bunch too. You had the three disciples who were closest to Jesus right down to the newest member of the 12 who had only just been appointed.

If Acts 1 is anything to go by, then there would have been men and women present as well as young and old people in the room. It struck me that the Holy Spirit selected them all.

We often have a hierarchy when it comes to considering the holiness of people. We start at the very top of the tree, looking at our church leaders and then work our way down to those nominal believers who only turn up for Christmas and Easter services.

However, when the Holy Spirit came in strength to a group of believers, ALL were filled. It is us humans who consider our place to be higher or lower than others, however, God loves us all equally.

Prayer: Lord, forgive us when we view ourselves to be more important than others. May we look at all people with Your loving, gracious eyes. Amen.

When do you view others as more or less important to God?