I Scratched The Car 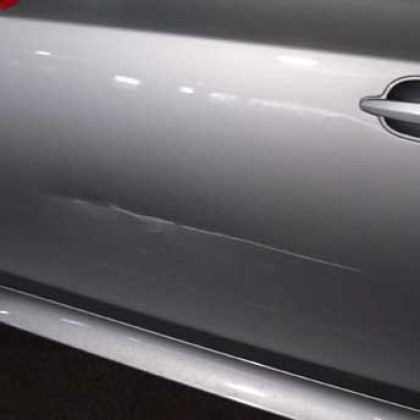 It could have been much worse.

Reference: We have heard that some went out from us without our authorization and disturbed you, troubling your minds by what they said. (Acts 15:24 NIV)

Explore: Believe it or not, I have been known to stuff things up at times! It’s always a horrible feeling when you realise that things have gone pear-shaped and every human would have experienced that feeling.

I drove to church one Sunday and, as I parked the car on the street, I accidentally scraped the car next to mine. My heart sank.

I got out to survey the damage and noticed some paint scrapings and a scratch down the side of the car. Thankfully it could have been much worse.

I got a cloth out of my car and wiped down the damaged car. In the end, most of the paint had been from my own car and the scrapes were only on the surface.

Unless you were looking specifically for marks in that area, you would never have noticed the 2cm scratch near the bottom of the car. I had done my best to fix the damage and it would have been easy to justify if I just walked away.

However, I knew the right thing to do was to let the owners know about the incident. I found a piece of paper in my car and wrote them a note, leaving my contact details.

I’m sure they only noticed the scratch because I pointed it out to them, but the right thing to do was to be honest and admit my fault.

Explore: It’s really easy to get into the habit of always jumping on the defence. If we ever do anything wrong we are quick to point the finger or weasel our way away from the blame.

I love the example that the Bible gives when things go wrong.

The apostles and elders of the early church had heard that some of their group were making things difficult for the Gentiles. Even though they were not directly to blame they were happy to write a letter of apology to the Gentiles to bring back peace.

Because of their humility and honesty, thousands of people were encouraged in their faith of God. The leaders could have easily pointed the finger and thrown someone less important under the bus, but they took responsibility and worked towards making it right again.

You’d be amazed how quickly a disagreement can be defused when someone admits fault and shows that they are keen to make things right again. Let’s face it, we are all humans and we all get something wrong at some stage.

Just because it’s inevitable for us to fail, it does not give us the liberty to ultimate rebellion, but means we constantly need to be working towards bringing our world to justice and peace.

Prayer: Lord, may I be honest enough to own up to my responsibilities and to put my pride aside so that peace can reign. Amen.

What has helped you to act honourably when you’ve known you’re in the wrong?