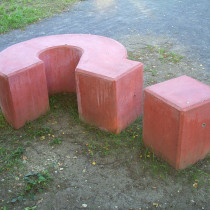 While she thought she was struggling to make a decision, she had already decided each day by not doing anything different at all.

Reference: v.4 I will hand the Egyptians over
to the power of a cruel master,
and a fierce king will rule over them,”
declares the Lord, the Lord Almighty. (TNIV Bible)

Explore: “By doing nothing you are actually making your choice.”

There are some decisions in our lives that are very difficult to make. We can think about them and chat to other people about them, however, in the end we need to make a decision.

Often our indecision is in fact a decision in itself. A few years ago we were struggling with some inappropriate behaviour from our teenage daughter.  We had set out the consequences of what would happen if she did not change the negative behaviours she was displaying.

She struggled to make a decision and prolonged the process by indecision. In the end we had to explain to her that by not making a decision she was actually deciding not to change and, therefore, the set consequences were already being put in place.

While she thought she was struggling to make a decision, she had already decided each day by not doing anything different at all.

Application: It seems that God makes decisions by not doing anything as well.

When Isaiah was prophet there were many nations trying to overpower each other for ultimate rule. For God to hand them over to their enemies it meant He would do nothing to protect them.

This was not an easy decision for God, but He did this based on the people’s faithfulness to Him. God was not indecisive, but showed favour to those who relied on Him. There would have been times when God was itching to help His people and yet they chose (often by not changing their ways) to reject His aid.

Prayer: Lord, forgive us when we are foolish and do not change our ways. Help us to always rely on You and not be tardy in making the correct decision. Amen.

How has indecision caused greater challenges in your life?